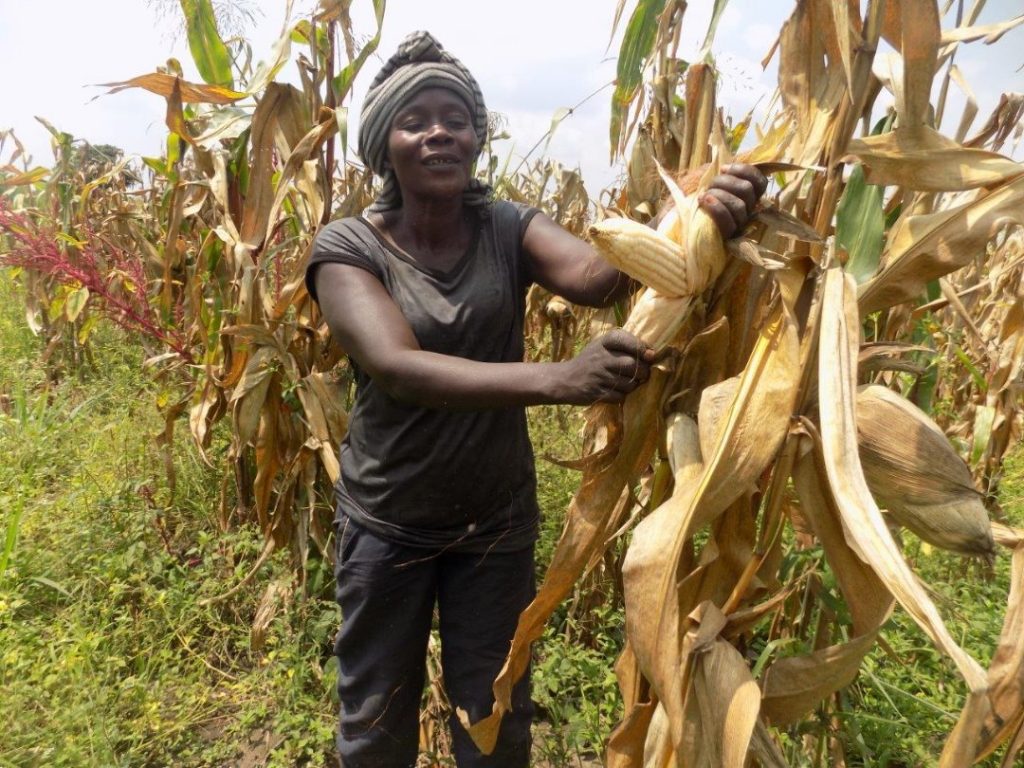 Most farmers prize UH5051, a hybrid variety developed by NaCRRI in 2012 for its drought tolerance. Farmers testified that even after weeks in the ground when the rain came, it germinated with vigour. They also argued that even at the critical stage of flowering, they can get some produce.

Anthony Okello, 60, a farmer with 30 acres of UH5051 in Pida III in Kole district said he preferred it because of its drought tolerance. “I compared UH5051 with other varieties and it performed better during drought,” he said.

He has been growing it for seed since it was released. He gets between 10-12 bags (about 100kg per bag) compared to another variety, an open-pollinated one, Longe 7, which used to yield seven bags.

His maize is for seed production which he sells to Equator Seeds Limited in Gulu.

Tonny Okello, the Managing director Equator Seeds said the variety is preferred because it gives higher yield with three cobs on each family.

“When everyone is crying. It does not leave you empty,” he said.

He is promoting a campaign by rewarding farmers who adopt it with items like bicycles.

He added that with it farmers can sell and earn an income and remain with some for food.

About 100 km away in Kinili, Pakanyi, Masinde district David Wanzala who grows another hybrid drought tolerant variety UH5053 on five acres agrees with Okello on better performance of these hybrids under drought conditions.

“I realized when I planted it. It may be affected, but your yields will be higher than the other varieties,” he said. “From the ground, it comes with vigour.”

He added that the variety tastes well when roasted. He said people were adopting hybrid maize for the economic benefit.

“People are looking for economic value,” he says.

According to Dr. Godfrey Asea a maize breeder and Director of Research at the National Crops Resources Research Institute, (NaCRRI) Namulonge, breeding varieties that tolerate drought and heat, and resist pests and diseases have been at the forefront of Namulonge because of the emerging impact of climate change of agriculture.

“Research must be ahead of development,” he told Science Now magazine.

NaCRRI has been collaborating with the International Maize and Wheat Improvement Centre (CIMMYT) to develop these varieties.

Uganda is the leading exporter of maize to Kenya. It also sells to the World Food Programme. The crop is a staple for the millions of refugees in Uganda and the urban poor. Asea said that they have so far developed 22 varieties.